Share a memory
Obituary & Services
Tribute Wall
Read more about the life story of Dorothy and share your memory.

A Mass of Christian Burial for Dorothy R. Barnes of Cresco, Iowa will be held at 11:00 on Wednesday, December 7, 2022 at Notre Dame Parish in Cresco with Fr. Don Hertges presiding. Visitation will be held on Wednesday, December 7, 2022 at 9:45 at the church with a rosary at 9:30.  Burial will be in Calvary Cemetery in Cresco, IA.  Hindt-Hudek Funeral Home in Cresco is handling the arrangements.

Dorothy, 96, died on Friday December 2, 2022 at Regional Health Services of Howard County.  She has resided at Evans Memorial Home since October 2021.  Previously she was at Donald Lundak Center since 2016.

Dorothy R. Barnes was born on January 24, 1926 in Ossian, IA the daughter of Michael and Anna Hertges.  She graduated from DeSales High School in Ossian.  After high school Dorothy worked in Cedar Rapids, IA.

On May 17, 1948 she married Russell A. Barnes at Ossian DeSales Catholic Church in Ossian, IA.  They raised their family in Cresco and were the parents of Rebecca Patterson (Dick) Holstad of Fort Collins, CO, John (Theresa) Barnes of Cresco, Michaeleen (John) Swanson of Richfield, MN, Colleen (Kevin) Crow of Cresco and Daniel Barnes of Austin, MN.

Dorothy and Rusty were avid fishermen and spent most weekends on the Mississippi River.  Dorothy was a loving Mom, Grandmother and Great-Grandmother.  She was known for being a very good cook and baker.  As her family grew older, she worked at HECO in Harmony and DECO in Decorah and then in the laundry at Evans Memorial Home.  She was a member of Assumption Altar & Rosary Society. 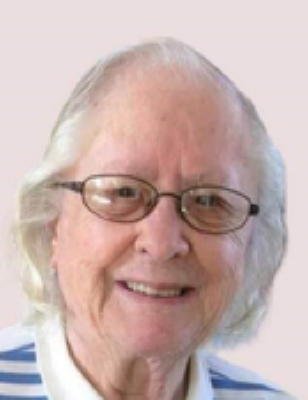