Share a memory
Obituary & Services
Tribute Wall
Read more about the life story of James "Jim" and share your memory.

James Robert Kuhn, Jr was born on September 12, 1936, to James and Alice (Riehle) Kuhn in Fort Atkinson, IA.  Jim was the oldest son of 8 children and grew up on a farm where he worked baling hay, threshing oats and raising livestock.  More importantly, Jim was known as a loving and caring brother whose nickname was “Sonny”.  On June 27, 1959, Jim and Mary Ann (Kuennen) were married in a double wedding along with Jim’s brother, Robert Kuhn, and Mary Ann’s sister, Helen Kuennen at St. Lucas Catholic Church.  Shortly after their wedding, Jim was drafted to the Army and served 2 years for his country stationed in Baltimore, MD.  Following the military, Jim worked for Balik Implement in Spillville as a parts salesperson.   Together, Jim and Mary Ann then pursued a life-long dream of farming by purchasing a farm near Lime Springs, IA where they milked 80+ dairy cows and crop-farmed 240+ acres.  He was also a Pioneer Seed Dealer.  Throughout the years, Jim and Mary Ann were blessed with 5 children (Alan, Duane, Diane, Denise and Donna).  They retired from milking in 1993, then Jim worked at Donaldson from 1994 – 2002 as a line technician while crop farming.  Jim and Mary Ann fully retired in 2012 by selling the farm and moved to Cresco, IA where they enjoyed the “city life”.  They shared 61 years of marriage before Mary Ann passed away in July, 2020.

Jim was involved in multiple organizations including the Assumption Parish Church Council, Notre Dame School Board, Knights of Columbus and the Howard County Dairy Council.  He used his carpentry and woodworking skills to help build the original Moo Mobile for Howard County and help with various projects for Assumption Parish.  Jim built countless wood games, bird houses, prom and theatre props for his children and grandchildren.   He would manage to sneak in a few Sunday fishing/picnic trips to Minnesota with the family during farming years, and once retired Jim and Mary Ann purchased a travel trailer & fishing boat in Waterville, MN where Jim enjoyed fishing and the comradery of the surrounding retired community.   He loved attending his grandchildren’s school and sporting events along with listening to Mollie B Polka every Wednesday and Saturday evenings.  Jim will be remembered for his delicious fried fish, homemade potato chips, slow roasted ham and Stir-Crazy popcorn.

Jim was preceded in death by his parents, wife and three brothers, Robert, Gerald and Art Kuhn and many other extended family members.

Memorial Mass for Jim will be held at 11:00 a.m. on Tuesday, December 6, 2022, at Notre Dame Catholic Church with Fr. Jacob Rouse officiating.  Recitation of the Rosary will begin at 9:30 a.m. followed by the visitation at Notre Dame.  Burial will be held in Calvary Cemetery at a later date. 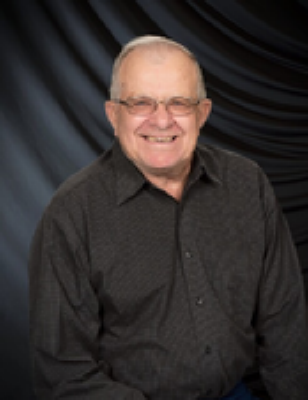