Share a memory
Obituary & Services
Tribute Wall
Read more about the life story of Stephen and share your memory.

A man who never met a stranger for very long, Stephen Joseph O’Connor, died on Sunday, January 15 2023.   He was born to Joe and Delma Dean “Mickey” (Allen) O’Connor in Shreveport, LA on August 2nd 1944, where his father was stationed and later raised in Wichita, KS. In Steve’s early life, Joe O’Connor’s plane was shot down over France leaving him a paraplegic.  He was later killed in a car accident when Steve was 5. Mickey remarried, giving Steve 3 siblings; Kevin Brady (Roy Carlson) of Orlando, FL, Rob Brady of Derby, KS and Joanne Araiza (Reuben) of Wichita, KS.

Steve graduated from Kapaun Jesuit high school in 1962 and later went on to attend one of the few nursing programs accepting men, Mt. Carmel School of Nursing in Pittsburg, KS. After graduation he joined the Army Nurse Corp and following basic, went to Letterman General Hospital at the Presidio of San Francisco for the operating room nurse course. It was there he met the love of his life and now wife of 55 years, Charlotte (Abbott) O’Connor from Leroy, MN. They were married in Vang Tau, Republic of Vietnam in 1967 where they went on to spend their first year of marriage. Steve made the Army his career, bringing them to live in many places throughout the country. They had 3 children who soon got very used to packing up and moving; Sean O’Connor of Olongapo, PI, Katie O’Connor Junge of Spring Valley, MN, Brian O’Connor (Jenny) of Spring Valley, MN. While attending the University of Minnesota for his Masters in Nursing Admin, the family bought an acreage north of Spring Valley and they built a house.  After graduation from the U of M, the Army brought him back to San Francisco for Steve to become the Operating Room Supervisor then to San Antonio, TX where he became the Director of the Army Operating Room Technician Course.

Steve retired from the Army in 1986 and the family returned to their acreage in Spring Valley where they began raising sheep. During this time Steve became very active in the local VFW, serving as Post Commander several times.  He went on to serve as Minnesota VFW State Commander. During this time he also served on Governor Perpich’s newly formed State Veterans Homes board of directors, part of that time as the board’s chairman. He was involved in the process to get the state Veteran’s cemetery in Preston and along with other VFW members helped organize the Veteran’s Color Guard at the cemetery. Through the years he has been a very active advocate for veteran’s causes, serving on committees and lobbying in both St. Paul and D.C. He was extremely proud of his military service and his time spent involved in the VFW. He was a 10 year cancer survivor and credited his excellent treatment to the VA healthcare system.  Locally, he also served several years on the Spring Valley Nursing Home board.

Steve is survived by his wife Charlotte, son Sean, grandchildren Shane, Yaz and Quinn; daughter Katie, grandchildren Allen, Teresa and Patrick; son Brian (Jenny), grandchildren Brennen and Elise. He was also proud “grand-dude” to his great-grandson Waylon O’Connor. He is also survived by his brothers and sister, nieces and nephews. He loved his family dearly and never failed to remind them of how proud he was of them.  He also offered counseling to his grandchildren, which his children noted was much milder than counsel given to them.

Visitation will be at Hindt Funeral Home on Thursday, January 19, 2023 from 4-7 p.m. and will continue for one hour at the church prior to the service on Friday. A memorial service for Steve will be held on Friday, January 20 at St. Ignatius Catholic Church in Spring Valley with Father Marreddy Pothireddy officiating. The service will be followed by a celebration of life luncheon at the VFW hall downtown.  Interment will be held at a later date at the Minnesota State Veterans Cemetery in Preston, MN.  Steve would not like a gathering at the high, windy hill in Preston in January. 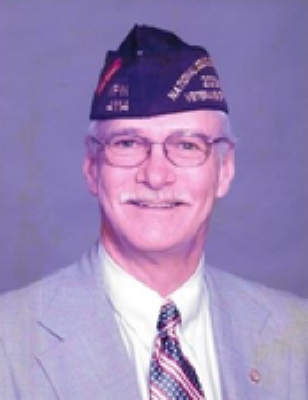